Is being workless the future of work?

Part-time and short-term work could be the norm in the future according to Tim Dunlop, journalist, precariat and author of Why the Future is Workless.

In a future world where the majority of jobs have the potential to be automated, Dunlop suggests it is those uniquely human attributes that will stand us in good stead. Indeed, Dunlop says that we are missing the point when we talk about the ‘future of work’, adding “the future of work is already here”.

Earlier in 2017, the Foundation for Young Australians released their New Work Smarts report analysing over 20 billion hours of work completed by 12 million Australian workers across 400 occupations to predict the skills and the capabilities that will be needed in 2030.

The report suggested the next generation of workers would likely have 17 changes of employer in their working life and span five different careers. With this in mind, Dunlop tells Kochie’s Business Builders (KBB) we need to change our ideas and attitudes about work and what constitutes a good job.

Dunlop explains he believes the context of work is changing.

“Data is the new oil,” says Dunlop. “Cliché or not, data will be key. Especially who owns it how they use it. And Artificial Intelligence (AI) is a data-driven revolution. We often concentrate on ‘Will a robot take my job?’ – but it’s not necessarily the one-to-one replacement that is the issue but how society restructures.”

To put this into perspective, Dunlop uses the example of a driverless car.

“ONE OF THE THINGS PEOPLE WORRY ABOUT IS THAT IT [AI] WILL TAKE AWAY JOBS… AND FOR TRUCK AND VAN DRIVERS, THAT IS AN ISSUE. ESPECIALLY WHEN YOU CONSIDER TRUCK DRIVING IS THE BIGGEST EMPLOYER OF MEN IN THE US. BUT THINK OF SOME OF THE OTHER RAMIFICATIONS.

“Autonomous electric vehicles have less working parts, which means less wear and tear. That means less maintenance – which mean fewer mechanics. Recharging is likely to be at home or on an existing network which means there’s no more need for petrol stations. Autonomous vehicles are also much safer than those of humans. Think about that…
The insurance industry makes most of its money from insuring cars – so their business model will take a huge hit. Then think about it further – an automatic vehicle doesn’t need road markings, traffic lights. Think how much quieter our cities will be with autonomous electric vehicles. Suddenly it becomes possible for most people not to have to own a car… Car ownership is expected to drop to 80 percent. Cars will become a service.”

“Now if everyone uses driverless cars, you won’t need a driver’s licence. You won’t need traffic cops. The government will need new ways to generate revenue. Think about the benefits for elderly people – they will still be able to have the use of car transportation if cars become a service. Because there are fewer cars on the road, the roads are safer. More people will bike and walk.

“So it isn’t just the direct loss of truck driving jobs but the way new tech will change the very nature of society.”

With this in mind, Dunlop suggests it is vital that we start asking what is the nature of work? How will jobs be created? And what jobs are likely to remain? Where do we as humans fit in? 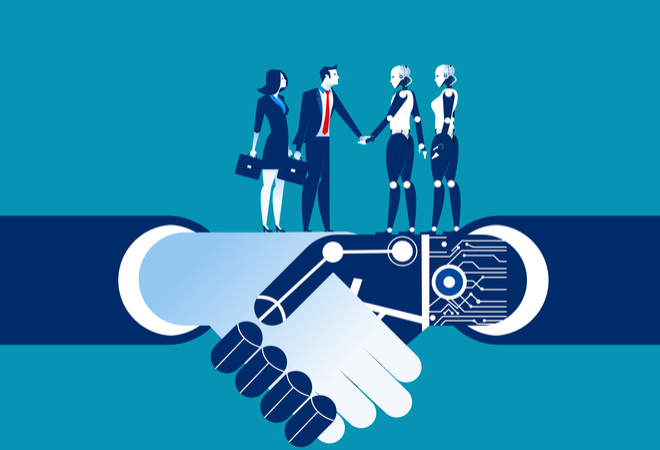 “Anything requiring fine motor skills, and STEM skills will be relatively safe. But STEM isn’t the panacea that government thinks,” Dunlop tells KBB. “What’s most important yet probably the least examined are the soft skills – thinking and creative and relationship skills will be crucial.”

To understand this, Dunlop explains you need to look at some fundamentals.

“Productivity is for robots. Humans excel at wasting time, creating, playing and exploring. That is why science and art are so hard to fund but they are the foundation for long-term growth,” he says.

According to Dunlop in this new world order just being able to do “technical stuff” such as engineering and programming won’t cut it.

Dunlop admits he’s thankful his son has chosen a career in the arts. As a ballet dancer and choreographer, his work is virtually future proof – unlike most of his Gen Z contemporaries.

“In a world where people will have 17 jobs across five careers in a lifetime, the government will need to be more flexible and less centralised. There will need to be less bureaucracy and governments will need to think about introducing universal basic income to set people up to work on their own terms.”

Lastly, Dunlop concludes the future of work should be about freeing us up, not entrenching the conditions of another era.

“Women and men have as much to gain and fear from this new technology.”