The provision of entertainment to employees, associates and third parties has implications for income tax, fringe benefits tax (FBT) and goods and services tax (GST). The concept of entertainment is defined in the income tax system and entertainment itself is not a separate benefit category in the FBT system.

The first step to determine the tax implications of expenditure is to identify whether or not that expenditure constitutes entertainment. Once this has been identified, the income tax, FBT and GST implications will need to be determined.

Prima facie, entertainment is not deductible for income tax purposes; however, there are some exemptions to this rule. The main exception is where FBT has been paid on the value of the entertainment and, in this instance, the expenditure becomes deductible.

For FBT purposes, benefits provided to employees or associates of employees that satisfy the definition of a ‘fringe benefit’ contained in section 136 of the Fringe Benefits Tax Assessment Act (1986) (FBT Act) may fall into one of several different categories of fringe benefits and be taxed according to the rules for that particular benefit category.

However, where the entertainment is ‘meal entertainment’, an employer can elect to calculate the taxable value under one of two methods prescribed for meal entertainment. The valuation methods for FBT purposes are outlined under relevant tax provisions and are dependent on the category of benefit that arises.

‘Entertainment’ is defined according to its meaning in the Income Tax Assessment Act 1997 (ITAA 1997) as follows:

‘Recreation’ includes participation in sports or pastimes, leisure pursuits such as watching a play in a theatre or movie in a cinema, harbour cruises, and hiring of entertainers such as singers and comedians.  Recreation would include recreation and amusement in vehicles, vessels or aircraft (e.g. joyflights, sightseeing tours; ID 2009/45).

The term ‘entertainment’ itself is not a defined term in the legislation and thus it takes on its ordinary meaning.

The ATO discusses the need to identify what is ‘entertainment’ and refers to the Macquarie Dictionary definition which defines it to mean:

a)    Agreeable occupation for the mind, diversion or amusement; or

b)    Something affording diversion or amusement; or

c)    Hospitable provision for the wants of a guest.

In addition the ATO refers to the following quotes of the English decision in Bow and Others v Heatly (1960) where Lord Justice-Clerk (Lord Thomson) stated that:

Entertainment is the gathering together of a number of people to carry out some activity or to be present at some activity presumably with a view of enjoying themselves.

In the same case, Lord Patrick stated that:

Parliament … left the term ‘entertainment’ to receive its meaning in ordinary language, and that meaning in this connection is ‘amusement’.

The ATO takes the view in TR 97/17 that the above interpretations represent a good view of the law on what the ordinary meaning of the word ‘entertainment’ is. In determining whether or not the provision of food and drink will amount to entertainment the decision should be made after objective analyses of all the circumstances. In particular, the Ruling considers that there are four critical questions when determining whether entertainment has been provided or not:

Why is the food and drink provided?

What food and drink is being provided?

The existence of alcohol does not automatically result in the provision of entertainment.  However, the ATO’s position is that there would be a very narrow category of circumstances that would arise where the provision of alcohol is incidental to a larger event or work-related activity of an employee. This is due to the consumption of alcohol having social connotations and providing amusement.

An example of when the existence of alcohol would not result in entertainment automatically would be if an employee is travelling overnight for work purposes and consumes a meal and a glass of wine at dinner. However, if clients or non-travelling employees were involved, their portion would more than likely amount to entertainment.

When is the food and drink being provided?

Where is the food and drink being provided? 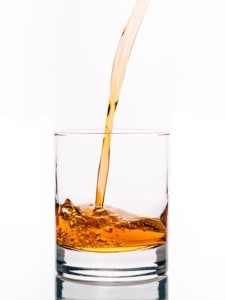 An employer provides a bottle of whisky to an employee.

Does this amount to entertainment?

While the provision of alcohol is often entertainment, when unopened bottles of alcohol are provided to employees, any entertainment will not occur soon after it is provided but at some later time when it is opened and consumed. This will not be ‘entertainment’.  However, it will be a property benefit.

In practice, the ATO advised that the timeliness and the connection between the property and entertainment should be considered, noting the following:

There should be a direct connection between the item of property and the entertainment:

The ATO ruled that entertainment is not provided when an employer provides:

However, entertainment is provided when an employer provides:

Note that the ATO also regards a voluntary tip provided at a restaurant, café or similar establishment when paying for the cost of food and drink as entertainment. In these circumstances, the ATO’s position is that the tip takes on the same character as the food and drink.

As outlined, the test for determining whether expenditure amounts to entertainment or not is an objective test that is dependent on a number of factors. Indicators that a level of entertainment exists are: a social element, amusement for the recipient and people enjoying themselves. The provision of food and drink in itself does not necessarily result in entertainment being provided.

However, if alcohol is also provided, the ATO view is that there are only rare circumstances where this would not be considered entertainment.

What is not entertainment?

Entertainment can arise where expenditure is purely for social purposes, or for mixed/dual purposes. For example, entertainment is still taken to have been provided even if business discussions or transactions occur.

However, there are some important exclusions to the concept of entertainment, where the existence of a social element may not result in entertainment arising. These are outlined below.

The provision of light meals such as sandwiches and salads also does not amount to entertainment. However, the more elaborate the meal, the more likely it will be that the characteristics of entertainment arise. The ATO has distinguished between hot and cold food, as well as ‘hand food’ or ‘non-hand’ food.

There is no particular point at which a light meal becomes so elaborate that it will become entertainment. However, in the ATO’s opinion, once alcohol is provided in connection with a light meal or refreshments, entertainment would generally arise. IT 2675 states that:

Providing alcohol, whether or not it is provided with morning or afternoon tea or at a light meal, is the provision of entertainment because the consumption of alcohol has social connotations and therefore provides or affords diversion or amusement.

An employer provides, on their premises, cut sandwiches and orange juice to employees.  This does not amount to entertainment and would  merely constitute sustenance.

Generally speaking, food and drink provided to an employee while travelling on business does not have the character of entertainment and a deduction is available for such expenses. For FBT purposes, the taxable value of the benefit, whether an expense payment benefit or a property benefit, would be reduced to nil under the ‘otherwise deductible’ rule.

In the FBT States and Territories Industry Partnership meeting on 20 March 2007 the ATO was asked for guidance regarding the classification of certain expenditure as entertainment in the following circumstance. The deductibility of the expenditure is required in order to determine whether the ‘otherwise deductible’ rule would operate to reduce the taxable value of the fringe benefit to nil.

During the ‘free days’ the employee is at liberty to undertake private activities. The ATO stated that the facts of the case would be relevant and would need to be dealt with in a Private Binding Ruling. However, the ATO stated that guidance was provided in TR 98/9:

If the purpose of a study tour or attendance at a work-related conference or seminar is the gaining or producing of income, the existence of an incidental private purpose does not affect the characterisation of the related expense as wholly incurred in gaining assessable income.

The following examples from this Taxation Ruling were also provided by the ATO. 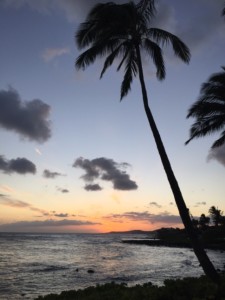 The existence of private pursuits, such as the island tour and the game of golf, is purely incidental to the main purpose and does not affect the characterisation of the conference expenses as wholly incurred in gaining assessable income. 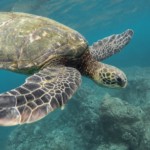 Jenny, a doctor, was holidaying in Cairns when she became aware of a work-related seminar on the current treatment of cancer patients. The cost of the half-day seminar was $200. Jenny is able to claim a deduction for the cost of the seminar because it is directly attributable to an income-earning purpose.

However, no part of her airfare to Cairns or her holiday accommodation is an allowable deduction.

Francesco is allowed a deduction of $1,500 for the conference cost and the accommodation and meals expenses at the conference. Only half of the return air fare ($500) is allowed as the expense was incurred for two equal purposes, one income-earning and the other private. The other expenditure of $2,000 relating to the holiday in Thailand is private in nature and not allowable as a deduction.

The ATO in TR 97/17 also considers numerous circumstances where an employee consumes food or drinks while travelling for work. 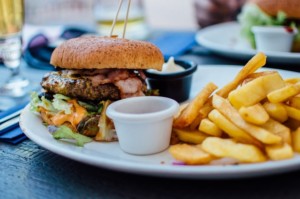 An employee of an advertising agency located in Perth has travelled to Melbourne to finalise a campaign. While staying overnight in Melbourne, the employee dines with a Sydney client who is also in Melbourne for business purposes.

As both the employee and the Sydney client are travelling, the meals do not amount to meal entertainment. This is the case irrespective of who pays for the meals. The employer is entitled to a deduction under section 8-1 of the ITAA for the cost of the meal or meals, as section 32-5 is not applicable. No FBT is payable as the ‘otherwise deductible’ rule applies to reduce the taxable value of the  employee’s meal to nil.  No fringe benefit is provided to a client where the employer pays for that client’s meal.